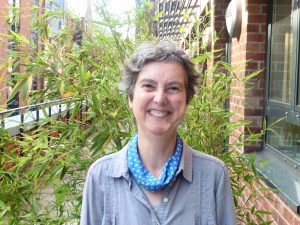 I first got involved in working with ESOL learners in 1979 when I became a volunteer as a student. After gaining a PGCE specialising in ESOL, I became a member of the small ESOL team working in Sheffield primary schools.

After four years working mostly in Tinsley, I became head of an ESOL department in a Rotherham secondary school. Later I spent ten years as a community education worker in Derbyshire with responsibility for ESOL classes.

I then moved to an awarding body, the Open College Network, where I wrote national ESOL qualifications and worked with providers of ESOL all over South Yorkshire and Humberside.

I love travelling and in the past have spent several months in Pakistan and in Mali.

I also love languages and attempted to learn Urdu though never managed the GCSE!

In 2007 I was appointed as a senior lecturer in teacher education at Sheffield Hallam University and taught on the PGCE and Cert Ed courses in Post 16 education where I led the ESOL specialism.

Following the severe cuts made to ESOL classes in 2010, the courses in ESOL teacher education were also cut and I took over the PGCE for lecturers where she had a particular interest in working with international students and lecturers.

In 2017, I left the university and wrote a book with a colleague about teaching and learning. This year I am delighted to be working with SAVTE and also The Sanctuary supporting their work with volunteers.

Made in Sheffield for SAVTE |  Achieve excellence